Please let us know if you need any further information for your project. 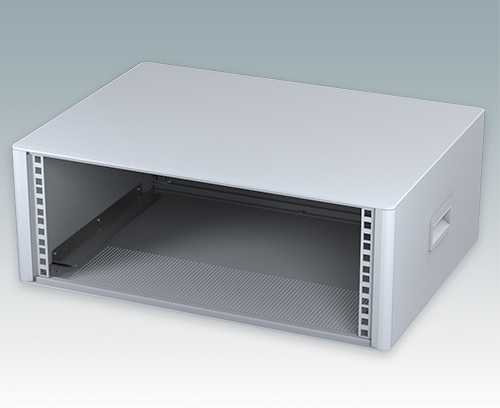 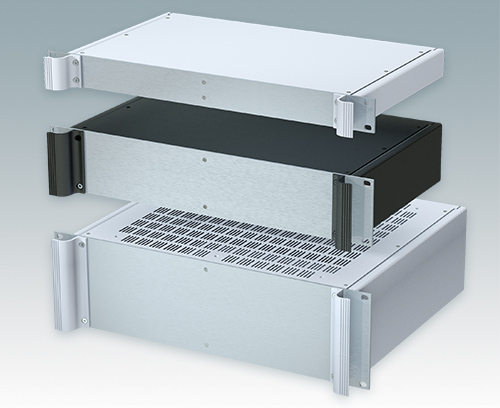 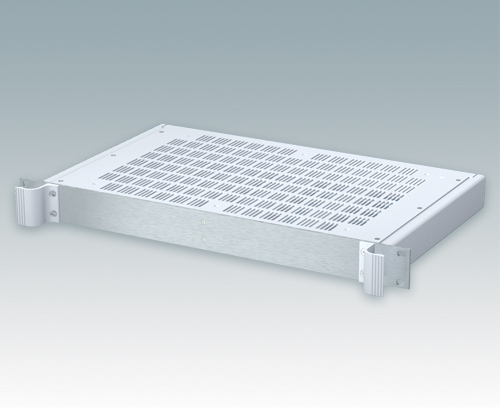 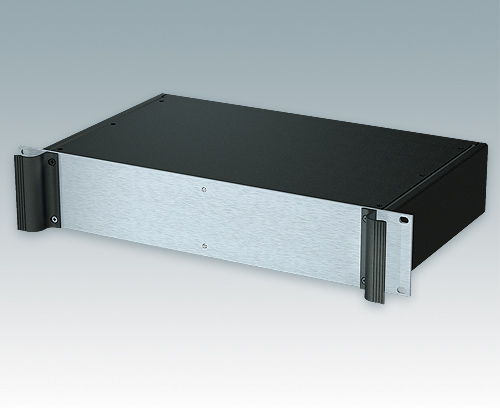 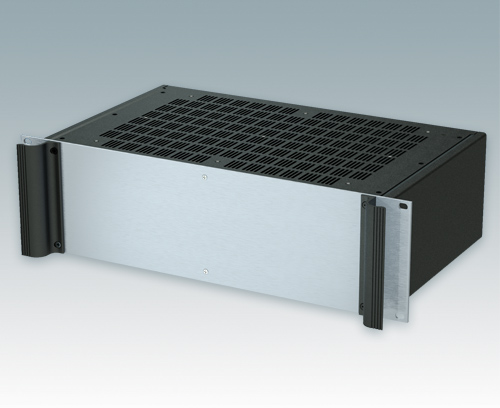 3U Rack Cases
Accessories for 19" Racks 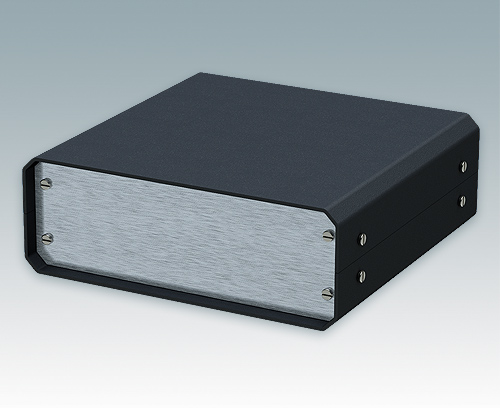 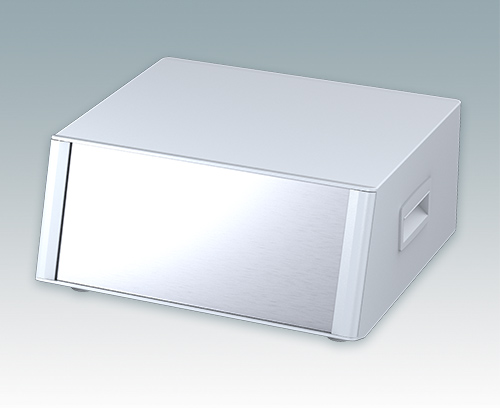 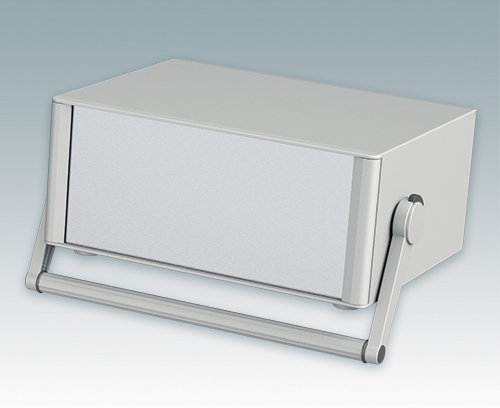 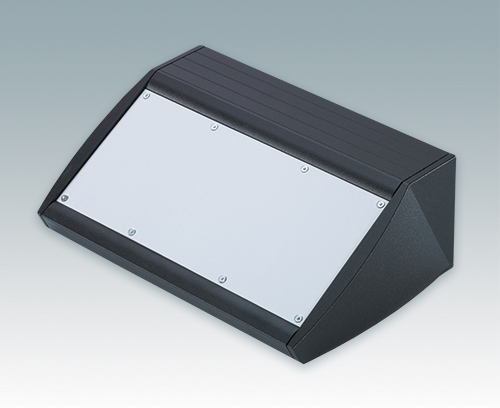 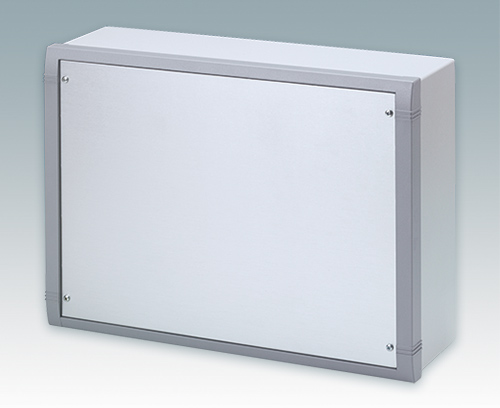 How Our Most Advanced Instrument Enclosures Evolved Still Further 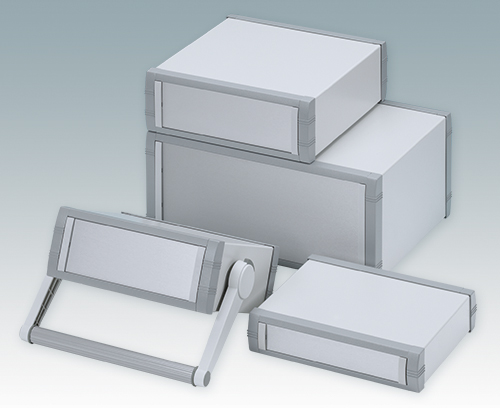 Advanced aluminum instrument enclosure…with clip-in guide rails for easy installation of PCBs…stylish diecast bezels front and rear…and a bail arm that doubles as a deskstand. This enclosure is smart, stylish and very advanced.

But this is not our TECHNOMET flagship instrument enclosure. No – this is UNIMET-PLUS, the aluminum housing that preceded it. And its existence begs a few questions about TECHNOMET:

A few obvious but somewhat simplistic answers spring to mind: “Because we can…because we’re perfectionists…because we love a challenge.”

But there’s much more to the crucial question of – “Why TECHNOMET?” – than that. We wanted to do something that had never been done before. We longed to create a metal instrument enclosure that mirrored the style of moulded plastic housings – a modern, cohesive design with flush-fit bezels.

Yes, we’ve designed enclosures with no visible fixing screws before but new TECHNOMET would be something more, a big evolutionary leap forward…even when compared with our existing models.

TECHNOMET would be the future… 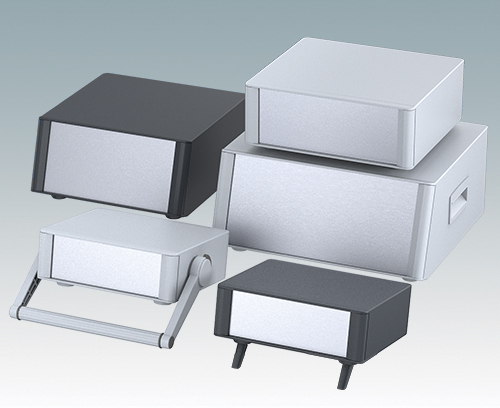 It took four years of hard work to reach this point – the unveiling of a designer instrument enclosure like no other. Elegant TECHNOMET was engineered to very fine tolerances to create a seamless union of diecast bezels, folded aluminum case, smart internal chassis and clip-on aluminum trims (that conceal the fixing screws).

But cutting-edge aesthetics were only the start…

At the heart of TECHNOMET is the clever chassis that allows the wraparound U-shaped case body to unhook for swift and easy access to the PCBs and other components. The chassis/base accommodates PCB guide rails and M3 mounting pillars. No longer are you forced to choose between a desktop enclosure with PCB guide rails (UNIMET-PLUS) and one with mounting pillars (UNIMET) – TECHNOMET gives you both so you can mix and match.

Other features include a vented (and removable) rear panel, recessed to help protect connectors and switches. And there is a choice of handles – the indexing tilt/swivel desk stand or the recessed grab handles for the sides.

No wonder TECHNOMET would prove to be a winner. But this was just the start… 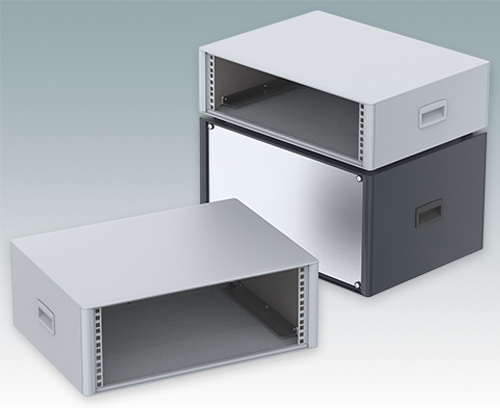 Less than 18 months after the launch of TECHNOMET, its cohesive aesthetics would provide the launch pad for a brand new 19” rack mount enclosure. Same flush-fit design – but this would be a modern desktop mini-rack for 19” subracks and chassis.

TECHNOMET 19” included key technical features that had helped to make its progenitor so popular: easy access, vented base and (removable) rear panel and recessed ABS side handles. Initially it was available in three standard heights (3U, 4U, 6U). Last June we added 5U as a standard height to meet growing demand.

And now we’re seeing increasing demand for TECHNOMET 19” in custom heights (16U in one instance). 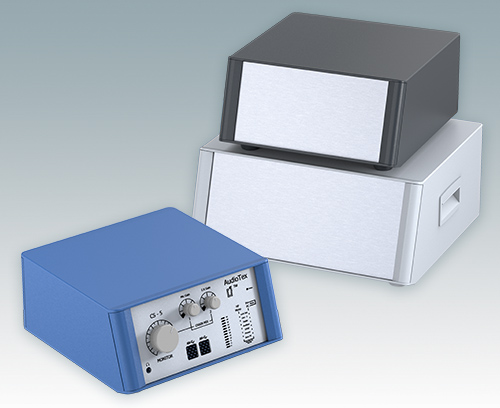 This was one of the more difficult versions of TECHNOMET to design because of the need to angle the front while still maintaining the flush-fit aesthetics. But it was well worth all the extra design time invested. The SL version offers an 18° inclined front panel to give instrument operators a more comfortable viewing angle. 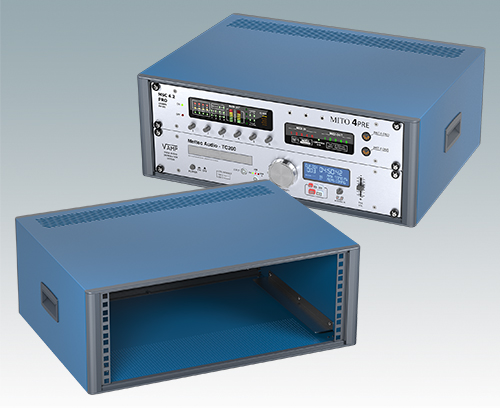 Seven months on from the launch of the TECHNOMET 19” mini-racks and there is burgeoning demand for this popular model in custom heights – 5U (now standard), 7U, 8U, 9U – and custom depths.

Half-width (10.5”) cases are also available on request. And there is a rising number of enquiries for TECHNOMET 19” in bespoke colors (instead of the standard light gray RAL 7035 and anthracite RAL 7016).

TECHNOMET has become more than simply our flagship instrument enclosure. It has exhibited what we here at METCASE might refer to as ‘the COMBIMET effect’. It has – like our COMBIMET 19” rack cases – become the basis for a whole range of products.

COMBIMET started life as a cost-effective alternative to our more complex 19” rack case models: it has no bezels. Doing away with the bezel makes it much easier (and therefore quicker) to manufacture these 19” enclosures in custom sizes.

This fact was not lost on our customers who ordered a plethora of different custom sizes and configurations – some of which swiftly became standard models due to their popularity. In a very short time our most cost-effective 19” rack case became our most popular, spawning open trays, solid (wraparound) top versions and extra deep variants.

And so it is with TECHNOMET. The more popular a custom version becomes, the more likely it is to join the ranks as a standard size or variants. As it did with the 5U size of TECHNOMET 19”.

So what does the future hold for TECHNOMET? That’s down to you: tell us what you need for your custom instrument enclosures and we’d be delighted to help design and manufacture them for you.

And remember – customizing a standard enclosure such as TECHNOMET is much easier and more cost-effective than creating a bespoke enclosure. You will get your enclosures quicker than if you decided to start from scratch with a fully bespoke housing.